At Marylhurst University, just outside Portland, Oregon, where I teach, one is often greeted by a gaggle of  Canada Geese moseying across the road. Here is a similar bunch of moseyers from Saturday morning: 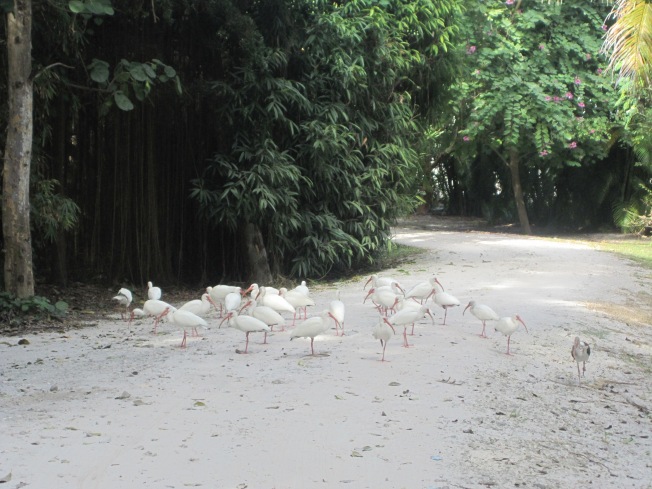 These American White Ibis are on what we call the Jungle Road which connects he east side of the property to the Gulf of Mexico. Great place to stroll and look at the flora, and you might run into something like these guys. They say there are bobcats in here, but you need to be along here at night and lucky to see them. Here’s another example of flora:

Later in the morning I encountered more wildlife:

At lunchtime I saw this Osprey, which you can see has lunch in its talons. Evidently the Ibis is not afraid of being dessert.

Here’s a nice panorama of the studio that Stephen took with his iPhone:

That’s my workspace on the left, Maria Elena’s work in the center and Yassi’s work in progress just to the right of center.

I worked in the studio on both Saturday and Sunday afternoons. Here’s the end of the day on Saturday:

In the second from the left in the bottom row I added some goofy grass green. 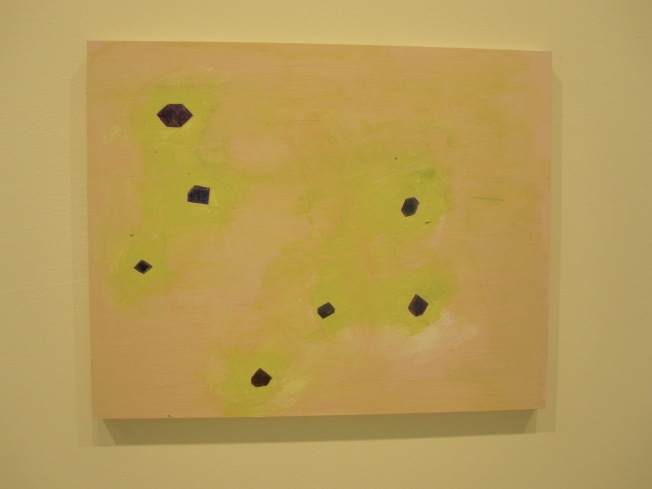 On Sunday I made it goofyer (autocorrect says that should be “goofier,” but I think “goofyer” looks goofyer):

Here’s the end of the day on Sunday:

I moved the green painting to the top row. Plan of attack for Monday: Step #1, Take all the paintings in the top row and work them over with sandpaper.